After spending the day getting to know the finer details of souvenir shops in Santa Cruz, we moved on to dinner…namely happy hour at The Rock restaurant on Charles Darwin Ave. We found Karen and Frank there after their excursion to the Charles Darwin Center, and while I ran to do a little research on the restaurant’s fine musical selection (Buena Vista Social Club), I was stopped by a man, who commented on the quality of the music, and we struck up a conversation. Turns out the man was W. Bruce Strickrott, pilot of Woods Hole Oceanographic Institute’s HOV Alvin. 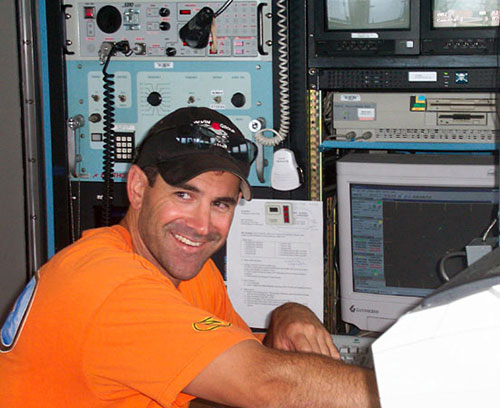 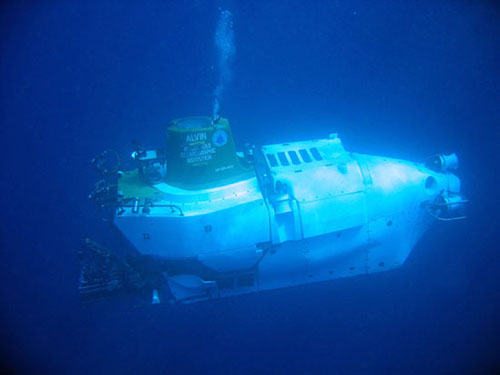 Naturally I was shocked, but he’s a pretty cool guy, and it turns out we all had a lot in common, with lots of things to talk about, so Bruce and a colleague of his, Allison, joined us for dinner. I’ve been watching Discovery specials about this sub since I was a kid, so it was great to hear firsthand accounts of experiences aboard. Turns out driving a research sub can be exhausting work, but he says it’s exhilarating and calls it “the best job in the world.” I believe him.

Less exciting but still cool, I also took some pics of the wildlife making the most of the local fish market this morning. 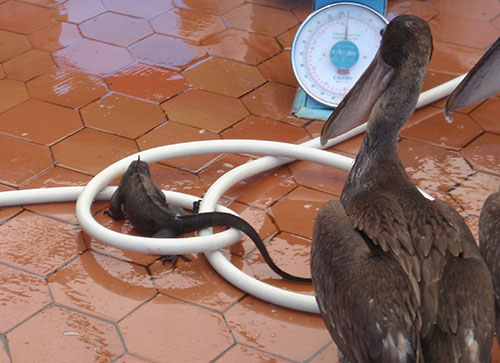 Survival of the fittest?