PINGÜINOS! And Some Other Coastal Stuff.

UPDATE: We got great closeups of penguins at the Túneles tour this afternoon, so I’m over my gripe now. Also saw seahorses. Here are the pics. 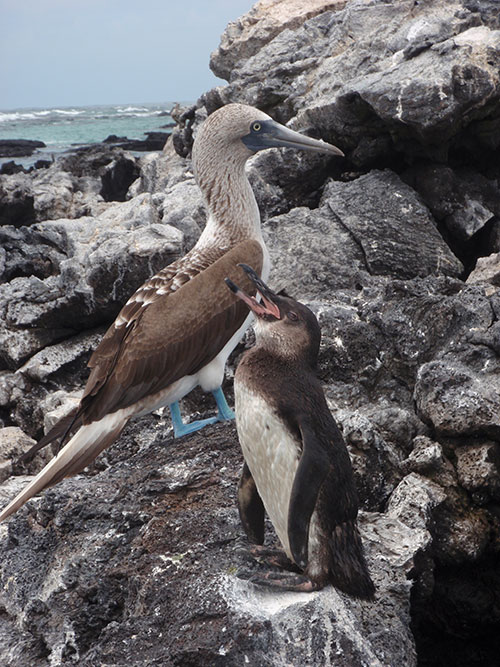 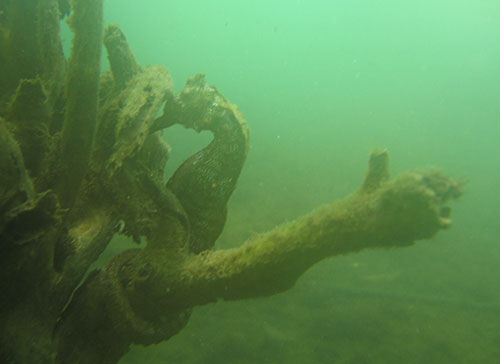 I am so excited to see penguins in Isabela. Unfortunately the authorities here have proven very protective of rides to where they live, and we’re limited on our photo access. Even though our dinghy swings in the direction of the penguins’ rocks daily on it’s way to the town dock, if the authorities so much as see you slow down, you are slapped with a firm finger-wagging and warnings of repercussions from the capitanía. This would be fine with me if their behavior reflected some sort of preservationist sentiment, but from all I can divine, it looks to be more for monetary purposes than anything else. For $10 a person, anyone may pay a water taxi driver (who by the way drives a much larger and potentially damaging craft) to take you for a swing by the penguins, about 200-300 yards from the city dock. They do not serve as guides, offering any educational information of the like. They simply drive you there, then drop you on a trail on a dock where you could have easily parked your dinghy or kayak on your own, and ride you back to the city dock. 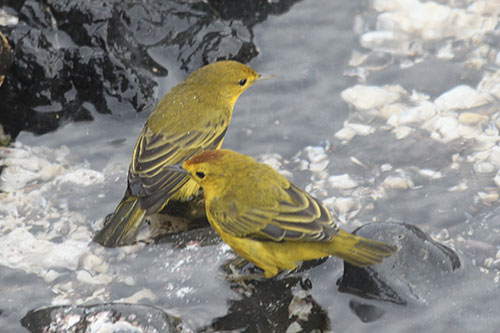 I understand the impetus for income for the local drivers, but it seems to me that their primary market should be the land tourists that come here via cruise and ferry daily and have no water access of their own. Seeing as how we sailors have each paid $100 in park fees, and Tahina paid well over $1000 for an autógrafo, which allows us to travel throughout the Galápagos Park on a private boat, plus we’ve each spent many hundreds if not >$1k on the islands on tours and food and taxis, etc, it feels a bit excessive to make us taxi to a place we pass on the way to get the taxi. So after an initial self-guided tour which ended in faking that I spoke no Spanish, Jason and I gave in to the racket and paid a guy to drive us to the penguins. We only got about 5 minutes to shoot before we were shuttled off to the trail to walk the islet of Tintoreras…how I wish I had a longer lens. They’re SO CUTE! And they live on the rocks…in the MANGROVES… Think about this. It looks like South Florida, full of coastal mangrove forests, but there are sea lions…and PENGUINS. So incongruous.

We got lots of marine iguana photos at Tintoreras as the iguanas swam into shore to warm up and bed down in piles for the night. They’re cold-blooded and the water here is pretty cold, so they pile together and lay on the black lava rock and absorb the last heat rays of the day every day before dusk. Tintoreras is also home to the endangered mangrove finch, the ubiquitous sea lion, and during the right season, 1000s of white tip sharks (or tintoreras) that rest in its lagoon. This time of year, the lagoon seems to be mostly full of green sea turtles coming in for rest, baby sea lions with their parents, sally lightfoot crabs and herons.

After the Tintoreras walk, we tried some snorkeling in the inshore lagoons. I think we were a little late in the day to see any penguins swimming around, and visibility was terrible (lots of waves this week), but we did see the biggest sting ray I’ve ever seen in my life. It had to be 3.5 feet long and 2 feet across, surrounded by a school of small yellow fish with black stripes. The viz was so bad, I struggled to get a photo of the whole thing, so I swam down ’til I was very close, right above it, to try and get a head/eye shot, when thoughts of Steve Irwin came into my mind. I was way too close. So I quit the photo mission and we moved on. Then Jason had his close call. We were working our way through some shallow rock areas when just under his knee in about 18″ of water, I noticed a rock that didn’t quite look right—-too much purple on it for the surrounding area. I reached out and grabbed him by him fin and lifted it out of the water as far as I could. He looked at me startled, I pointed and made faces and tried to explain through my snorkel (didn’t want to take my eyes off it), and the he saw it, a scorpion fish, RIGHT under his leg. He splashed and back paddled trying to get out and nearly scared the scorpion fish to death. It pricked its spines and took off into a hole, and we made our way back to the boat. For inshore snorkeling, I think it may have been the biggest underwater adventure we’ve had so far.

3 Responses to PINGÜINOS! And Some Other Coastal Stuff.