Welp, we found the bedbugs, and thankfully before they found us. We had a positively harrowing boat ride in waves and rainstorm out to Mabul today, and arrived at Mabul Backpackers, a semi longhouse style structure on stilts over the water on the island.

For those who aren’t familiar with this area, it’s considered one of the top two dive spots in the world. What we didn’t know until today is that Mabul is largely a squatters’ island populated by unregistered Filipinos and has very few legal residents living on it. Malaysian law says it isn’t legal to build on the island without permission from the Malaysian government (proper resorts like Scuba Junkie and Borneo Divers have this), but there are no rules covering the water, so enterprising illegal immigrants have collected lumber from the mainland and erected stilt structures on jetties that equate to streets over the water all around the island, anywhere the main resorts don’t claim. There are cramped clusters of ramshackle wooden shacks and shops all over the sand as well, presumably built by the early birds when the government wasn’t watching, and the sand walkways between them are full of kids and kittens basically running amok. Generators power what power there is and are usually only run at night. We watched five men wrap a rope around one today and attempt to tug o’ war it to life. It was pretty interesting.

Anyway, back to the bedbugs:
Because we came a day early, we have to spend the first night in a dorm. There are no extra rooms tonight. They assigned us to room 7, which has wooden bunk beds, and we went about settling in. I was examining a dubious puddle of oil on the floor (turned out to be a smashed vitamin E pill), and in it, I noticed a few reddish bug carcasses. On further inspection, looking at the sheet tops, I found more. Then I lifted mattress. “Sweet Mother of God get us out of here!” Two live bedbugs rushed away and scurried under the slats.

“Oh, hell no,” I told Jason, that was NOT going to be where we sleep tonight. He didn’t think we had any choice given the occupancy, at which point I announced I’d be sleeping on the sun deck if there were no other rooms. I reported the issue to the bed manager guy, a teenage / young 20s guy who lives on the property with his family, and he informed me through sign language that there MIGHT be another two beds in the other dorm, and they are steel beds with mattresses on open metal grid racks.

We did a quick inspection, and mattresses were safely wrapped in impermeable plastic. I also did a short interview with our roommates, and all informed me they had seen no pests. One British girl has been here three weeks, so that bodes well. Here’s hoping my eagle eyes have helped us dodge a bullet. We’ll let you know in five days…

The food at Mabul Backpackers, while filling, is pretty bottom of the barrel, but we had our first dive today at a site called Paradise 1, and that was amazing. It was a “muck dive,” basically a rummage around on sandy bottom and a couple of small wrecks lying in shallow areas, and we saw five mandarin fish, four frog fish (of all variety of colors), a crocodile fish, some nudibranch species we’ve never seen before, a seahorse, cuttlefish, two giant really relaxed sea turtles, and more.

My advice for visiting Mabul / Kapalai / Sipadan is to book really early, do your research, find out if your dive operator is actually the operator who has the Sipadan permits, NOT one who buys them off a licensed operator (try Scuba Junkie, Uncle Changs or Borneo Divers), and stay on Mabul, not in Semporna.

We didn’t manage to plan any of these aspects right because planning our trip was so rushed with trying to get out of NZ and finish up work at the same time. The operators I mentioned above were fully booked or out of our price range, and we didn’t have time to properly understand the value for money they were offering vs our operator (Sipadan.com), and while I mentioned to Jason that some yellow flags were waving given the very scant detail I’d received when I asked questions, and the very broken English emails, we simply didn’t have time to do anything about it, and there were very few operators in town with Sipadan permits left, so we felt we had to go with it.

We’re confident we’ll still have a good time diving, albeit in the roughest accommodation I have yet encountered in my global adventures, eating some terribly dreary food. The company staying here with us is pretty good though, and we have an attentive and skilled dive master, so those are both pluses. The sun deck is also pretty nice, as are the hammocks, and the resident kittens are some of the healthiest we’ve seen on Mabul. 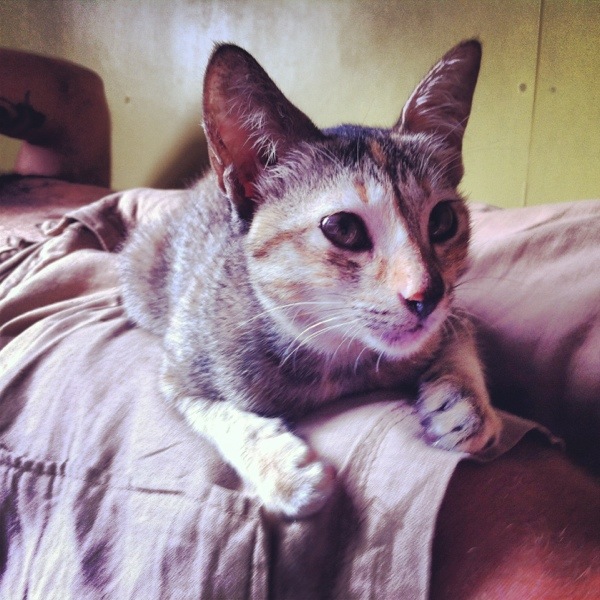